Posts Tagged ‘up the academy’

Magic City broke ground in the cold hard winter of 2009. Ever since, they have been building on their St. Louis foundation by touring the Midwest, East Coast and Southern climes.  Their full-length LP Les Animaux Épouvantables was released on July 23, 2011 on Tower Groove Records.

We were pumped when they approached us about pressing a split 7″ they recorded with Up The Academy at the Harveyville Project in August 2011 — it is going t be released this friday (March 30 2012); and we highly recommend you hit up their release show this Friday at the Tap Room in St. Louis! 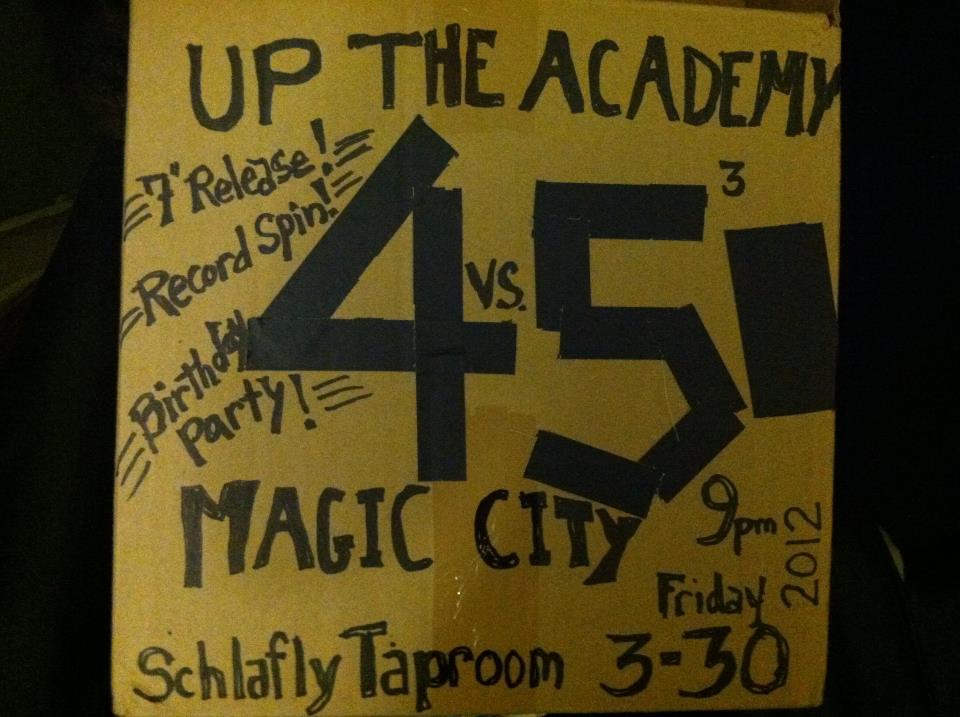