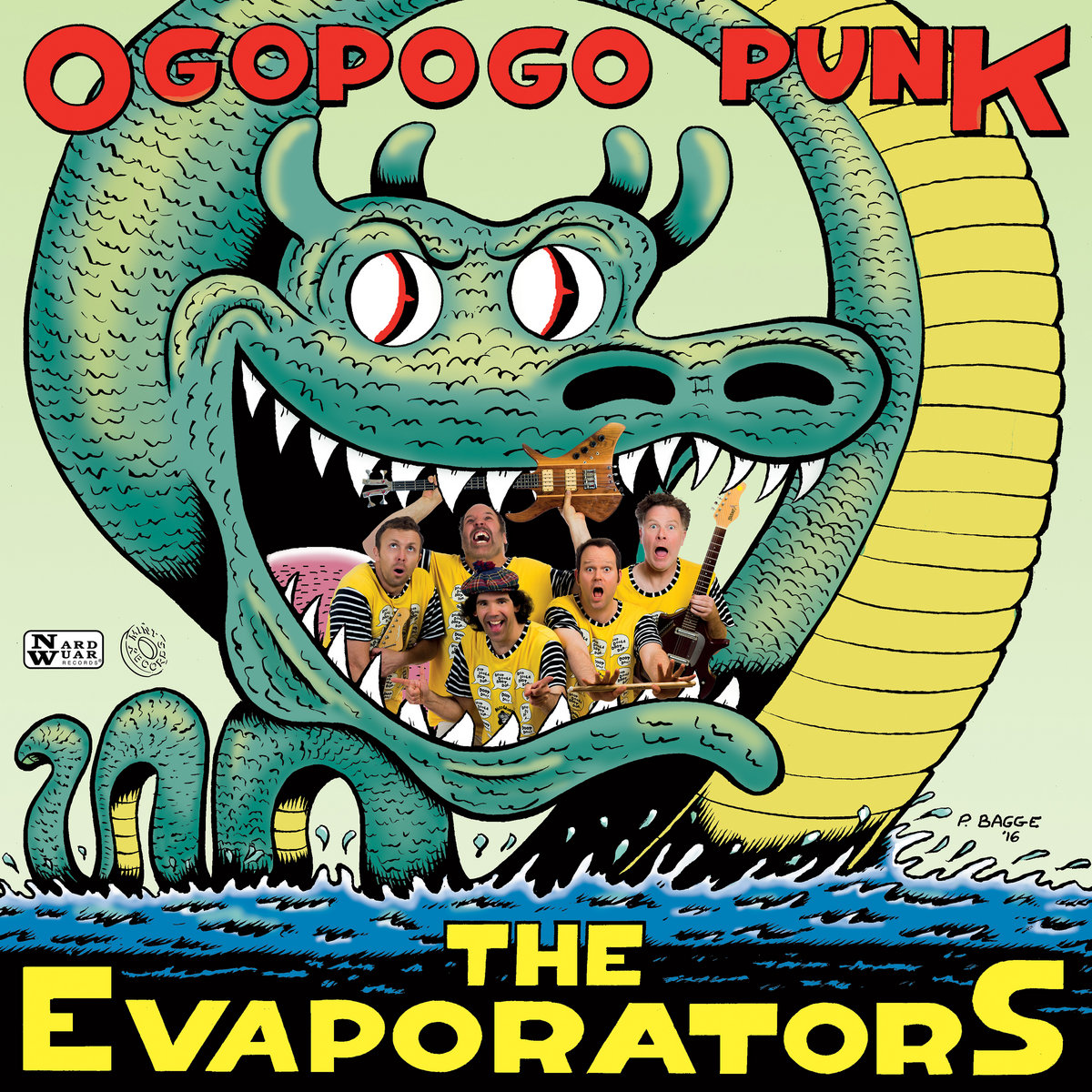 From the depths of the uncharted wilderness (or is it “wildness”?), Nardwuar the Human Serviette, John Collins, Stephen Hamm, Nick Thomas and Shawn Mrazek, known hereafter as The Evaporators, release 8 new songs in the form of a digital download and coloured vinyl LP, titled Ogopogo Punk!

The Evaporators sing about a lot of things on Ogopogo Punk including: shaving, mohawks & dreadlocks, eating to win, the mythical landlocked BC monster the Ogopogo, Skagit Valley’s Chuckanut Drive and a whole lot more!