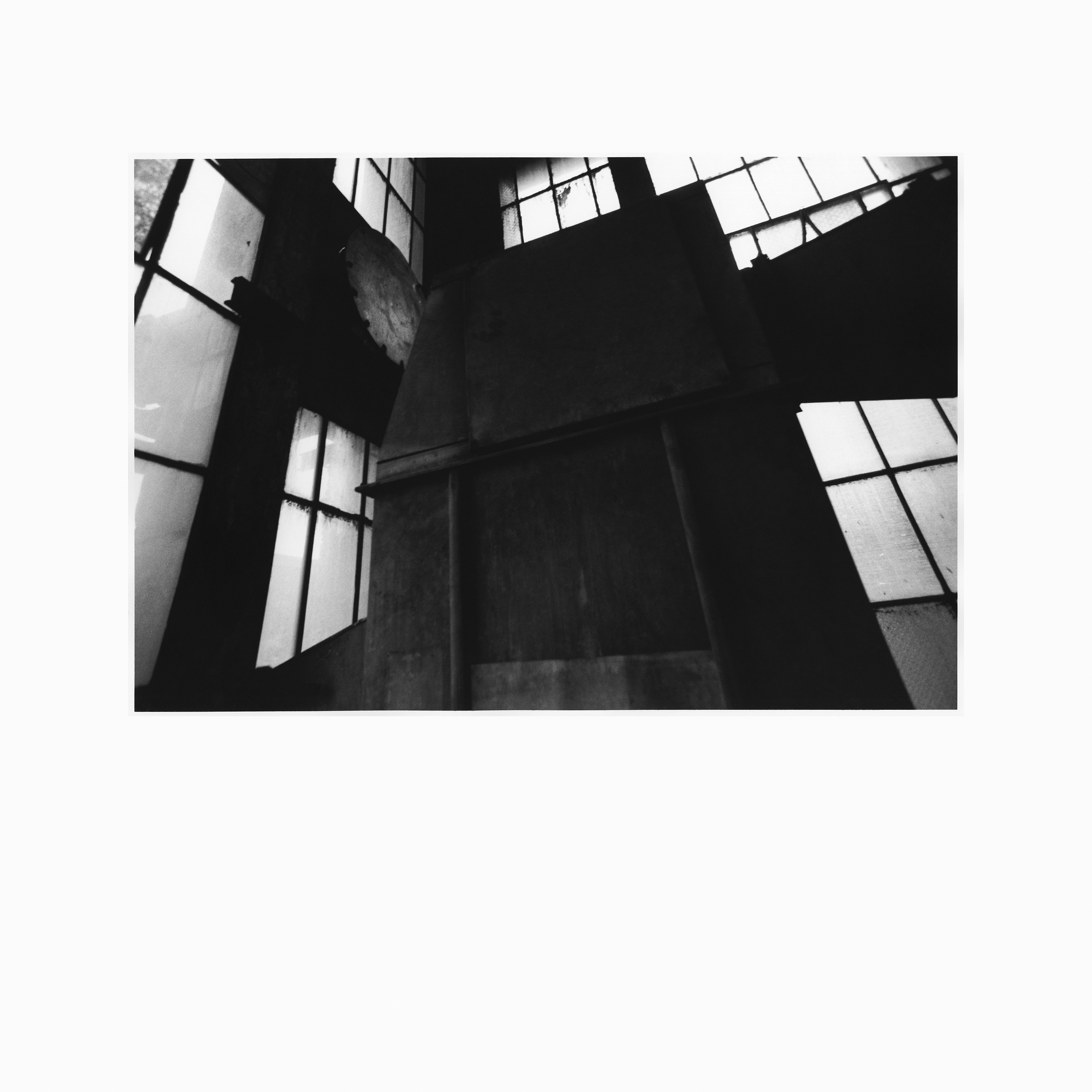 HEXA is Lawrence English and Jamie Stewart. Factory Photographs is their soundtrack to David Lynch’s evocative exploration of the passing of the industrial age.

To celebrate the retrospective curator, José Da Silva ,with David Lynch and his studio developed a number of commissions in conjunction with the exhibition. One of these commissions was HEXA’s sonic response to David Lynch’s Factory Photographs.

When asked recently about his decades’ long interest in photographing factories in various states of disuse, David Lynch remarked “I grew up in the north-west of America where there are no factories at all, just woods and farms. But my mother was from Brooklyn, so when I was little we used to go there and I got a taste for a certain kind of architecture and a feeling for machines and smoke and fear. To me, the ideal factory location has no real nature, except winter-dead black trees and oil-soaked earth. Time disappears when I’m shooting in a factory, it’s really beautiful.”