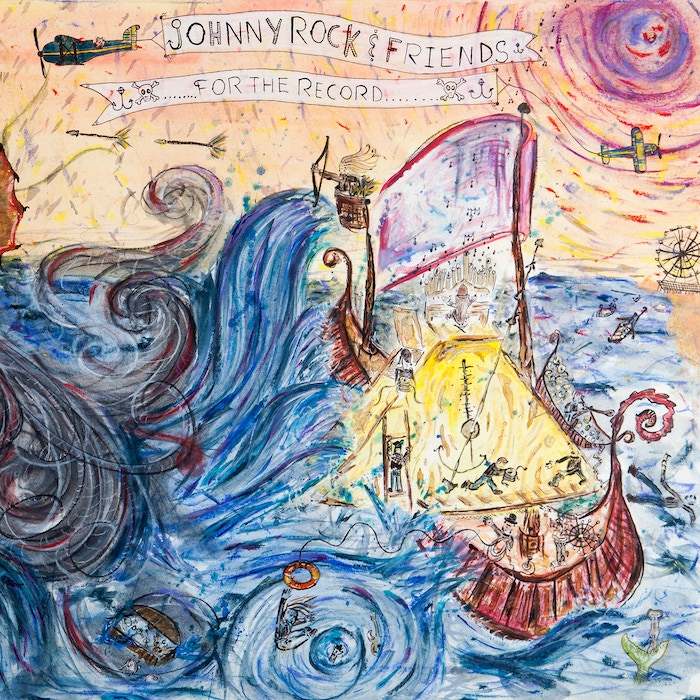 Johnny has been playing the drums since 1992 and has been recording professionally since 1998. He has served as the drummer, background vocalist, and/or producer for many music acts in NJ, and started releasing his own songs in 2009. Johnny is influenced by several generations of rock and pop acts, jazz artists, percussionists, classical composers, experimental music, and even the sounds of Mother Nature.

The album brings together several amazing, unsigned musicians to record a once-in-a-lifetime album. Calling on writers, musicians, and family,  Johnny Rock has formed small ensembles to write and record this special vinyl LP. More than a compilation of songs, For The Record was produced as two cohesive sides of new original music, recorded and mixed on tape; analog all the way to the cutting head. The album packaging also features hand drawn artwork to minimize the 1’s and 0’s between the artists and the audience.