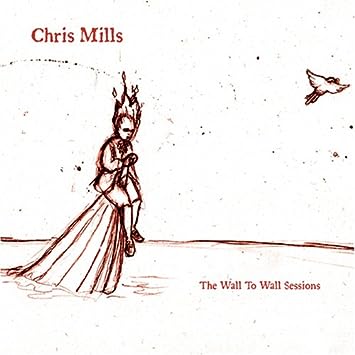 Ten years ago, in the middle of freezing Chicago blizzard, Chris Mills got together with seventeen of the best musicians he could find to make his fourth album, The Wall to Wall Sessions.

They recorded and mixed the whole album, completely live to tape, the way a lot of Chris’s favorite records were made years ago – no overdubs, no computers, no nonsense.

His co-producer and arranger David Nagler created beautiful orchestral scores for all ten songs that were then played live by Chris’s crack, seventeen piece City That Works band, while engineer Dan Dietrich captured it all in living stereo on a Studer 1/4 inch 2-track tape machine. It was a big undertaking, but what they ended up with was (in Chris’s opinion) one of the best things he had ever done.

The only problem was, even with all of that old-school analog production, the final product ended up in the computer anyway – mastered digitally and then released on CD.

Until now.  The 10th Anniversary release of The Wall to Wall Sessions is available very soon on vinyl for the first time ever – newly remastered completely in analog.