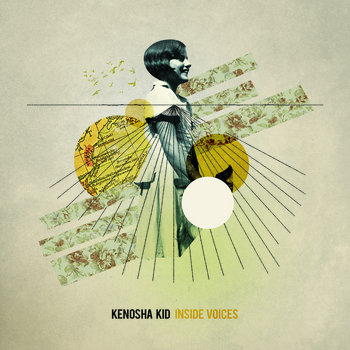 In Thomas Pynchon’s novel Gravity’s Rainbow, the Kenosha Kid is a maddeningly ambiguous figure: it might be a cowboy, or a dance, or a Sodium Amytal-induced hallucination (or all of the above). Guitarist/composer Dan Nettles (who, by the way, has never been to Kenosha, WI) conceived his namesake band with similarly uncategorizable intentions. This Kenosha Kid might be an indie rock band, could be a modernist jazz ensemble, can probably be considered a jam band, and most definitely is all of the above.

All of those different identities emerge at different times (and, very often, several at once) on Kenosha Kid’s new album, Inside Voices, due out March 3rd. The album is the first of two planned releases (the second, Outside Choices, will follow in 2016) to result from a week of intensive exploration in Nettles’ native Athens, Georgia.