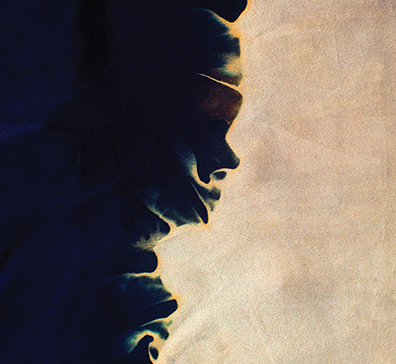 During the coldest days of January 2014, Brooklyn duo Mark Rogers & Mary Byrne recorded their debut, I Line My Days Along Your Weight, as a true duet: facing each other inches apart, intent upon listening.  They wove together archaic instruments – baritone acoustic, tricone resonator, golden-era flattop, space-age lap steel, upright piano, and hundred-year-old mandolin – into a vibrant new strain.

All the songs were recorded live to two-inch analog tape, the studio equivalent of tightrope-walking without a net.  Mark and Mary later added minimal touches of lap steel, piano, and electric guitar, but essentially what you hear is what they performed together, start to finish.  With Mark’s deeply expressive, contextual fingerstyle and Mary’s emphatic, unaffected singing, this striking debut invites listeners into a space most intimate, and most human.

On October 14, 2014, Massachusetts-based Important Records (Diane Cluck, Jozef Van Wissem & Jim Jarmusch, Marisa Anderson, many others) will release I Line My Days Along Your Weight.