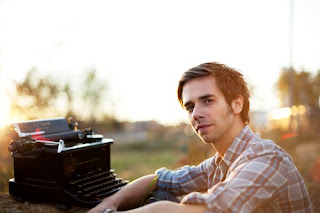 Brian Laidlaw is a poet and songwriter from San Francisco. He studied Creative Writing as an undergraduate at Stanford, at which point he began setting his own poems to music; after graduating in 2005 he toured and rambled throughout the country for several years as a solo folksinger.

In 2008, Brian moved to Minneapolis to earn an M.F.A. in poetry at the University of Minnesota. In the last year he has received awards and honors from the Loft Literary Center, the Weisman Art Museum, and the Jerome Foundation. His lyrics have been featured in American Songwriter Magazine and his poems have appeared or are forthcoming in New American Writing, FIELD, VOLT, Quarter After Eight, The Iowa Review, and elsewhere.

His new LP, Amoratorium, shipped out to Hymies Vintage Records, and will be available for sale at his 318 Club performance in Excelsior, MN on 11/23/14.