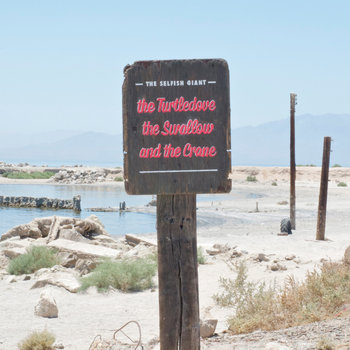 The Turtledove, the Swallow, and the Crane is The Selfish Giant’s debut album. A 10 song concept album inspired by Flannery O’Connor, the book of Jeremiah, and the Salton Sea.  It was birthed out of Matthew Tinken’s Master’s Thesis project at Fuller Theological Seminary. He was inspired by the short stories of Flannery O’Connor, which he was reading alongside the book of Jeremiah. The desert landscape of Niland and the mysterious past of the Salton sea engulfed his imagination and were the perfect backdrop for the album. It’s a concept album that tells the story of a young girl as she struggles with her family and her conception of home.  Grab it now.