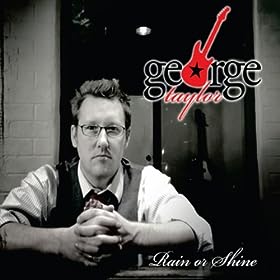 George Taylor, Goochland Virginia native, is a storyteller at heart. The inspirations of his southern roots help him craft stories about common people, raw emotions and the reality of the world around him. But instead of a written manuscript, Taylor tells his stories through an Americana soundtrack laced with a bluesy guitar and harmonica. The final product is as honest and real as music comes- no easy job in a world where the musical tug of war between artistic and commercial rages on. Taylor is an artist who remains true to his musical voice.

After releasing his debut album, TroubleTown, that musical journey led him to the Delta searching for the heart of the blues, the genre that had taken a stranglehold on him. Serendipitously, while touring Helena, Arkansas, he found himself at a live broadcast of the historic blues radio show “King Biscuit Time.” The legendary DJ Sonny Payne, upon receiving and reviewing a copy of TroubleTown, invited Taylor to do an on air interview and featured “Raining & Cold” on the show! Then he hit the road to Austin, Texas, the “live music capital of the world.” In the three years he spent in Austin, Taylor established himself as a must see performer with residencies in the area. He has opened for Dale Watson, a Texas country legend, played with the late Gene Kurtz (writer/bassist “Treat Her Right” the Roy Head hit-1965) and wowed SXSW crowds. In summer 2013 he returned home to Richmond, VA where he has shared the stage with Charles Bradley and is leaving audiences in awe along with his top notch band at shows in the region.

His new album — Rain or Shine is available April 22.