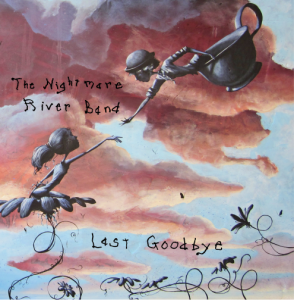 Making music about “love, loss, pain, drinking and healing,” although not necessarily in that order, The Nightmare River Band was named one of the Top 5 up and coming Alt-Folk bands in NYC by Deli Magazine in 2010. Crowds of revelers have been quick to join the party, clamoring to shout along the lyrics with drinks clutched in their hands.

In between playing shows, downing pints and winning over critics, core members Matt Krahula (vocals, guitar, ukulele) and Seth Faulk (drums, vocals) managed to find time to write and record a follow up to their 2009 debut Call The Cops! The new album, Last Goodbye, offers up standouts such as “Mary.” A demo of that song was nominated for an Independent Music Award for best Alt-Country song of 2010. The full version combines all of the ingredients of The Nightmare River Band’s potent blend: foot-stomping rhythms, full arrangements, and a harmonious chorus that everyone can sing along to – even after consuming more than a few beers.