Cadence Weapon continues to firmly establish his legacy as a sonic pioneer while constantly pushing the rap and electronic music envelope. Following his critically-acclaimed, Polaris Music Prize-nominated albums Breaking Kayfabe and Afterparty Babies and a two year term as Edmonton’s Poet Laureate, he returns with his new album – Hope In Dirt City. A clearly defined and emotionally mature statement of intent, Hope In Dirt City represents the culmination of his experiences.  Composed of a unique hybrid of psychedelic soul, old school rap, and mutant disco, Hope In Dirt City is a groundbreaking achievement in hip-hop.

Thanks to Cadence Weapon for dropping by GGR on Friday before his show at the Grog Shop!  Be sure to catch him on tour this summer! 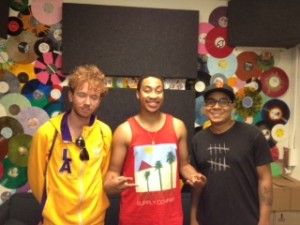