M2 has recently signed on with Northampton’s FEEDING TUBE RECORDS to release their album, At Land’s Edge.  This is an appropriate title as the music morphs and shifts at the meeting point of solidity and watery luminescence.  The two brothers are both excited about the release and plan to do some shows in the New England/East Coast area upon its release, as time allows.

Benjamin plays his unique “Multiphonic Guitar” which involves multiple pickups, preparations, and electronic devices modifying sounds after the fact.  Roger plays Prepared Piano, utilizing bronze bolts and alligator clips (and many other items) stuck on and between the piano’s strings to completely alter the sound of the instrument.  Their unique sound pallet is at times ambient, at times rhythmically pulsing, and at times aggressive.  Between the two of them, the usual sounds of a piano/guitar duo are thoroughly avoided.

The music is entirely improvised, with bravura technique sublimated for ensemble sound.  It is the gradual, occasionally sudden, shifting and interplay between the two brothers that defines their sound.  They have been playing/improvising together off and on since 1969 (beginning with the psych. rock band Sproton Layer), so there is an effortless give and take in their interaction. 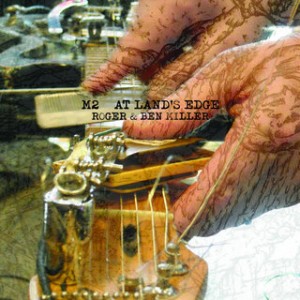