On Immortal, For Today‘s fourth full length LP, the band worked with producer Will Putney (Lamb Of God, Suicide Silence) who previously worked on Breaker, their 2010 release.  They recently confirmed the Vans Warped Tour for this summer, and are kicking off 2012 with the nationwide headlining Fight The Silence Tour. As forthcoming about their faith as they are about their musical prowess, For Today have become widely known as one of modern metal’s most technically proficient bands.

This pressing is limited to three color variants — gray, white, and cyan blue; and it streets on May 29. 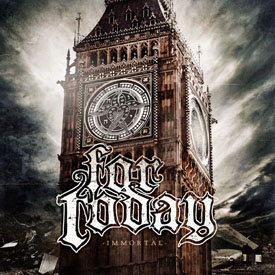