Oh Be Joyful — available now from One Kind Favor Records.

This is the second full length LP by steel string guitarist Daniel Bachman (who formerly recorded and performed as Sacred Harp).  Though young in years, he plays with a technical facility and emotional depth equal to that of the greatest fingerstylists.  His discography is already full of strong releases, but this new recording is the first I’ve heard to fully capture the intimate beauty that many have witnessed in his live acoustic performances across the country.  Authenticity has been a issue that has plagued folk music for much of the 20th century and these days anyone can pick up a style that was previously known only to a few mountainfolk.  While Bachman’s playing is surely reminiscent of the spiritual searching sound of Robbie Basho, and indeed the spectre of Fahey looms large, he is no Johnny-come-lately.  The distinct sound you will hear on this record is inspired by the traditions and lore unique to Fredericksberg, Virginia, also the hometown of Jack Rose (may God watch over his soul).  Limited edition one time pressing of 500 copies.  Listen 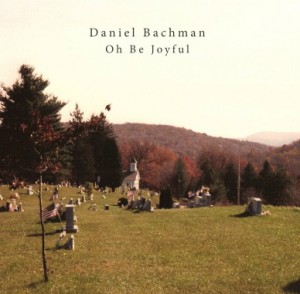