This is the first recording of the Branford Marsalis Quartet with an electrifying young drummer that joined the band three years ago and the results are a nimble and sparkling album, featuring ambitious original compositions by members of the band, a Thelonious Monk classic, and one standard dating to 1930.

The record blends the beautiful and subtle ballad sounds of the 2004 release  Eternal with the ecstatic contrasts of the critically-acclaimed Braggtown.  In other words, this just might be the Branford Marsalis Quartet’s most sublime musical achievement yet.

This is the first vinyl release from Marsalis Music, and will not be available digitally until August (but the vinyl contains a digital download code).

In describing Four MFs Playin’ Tunes, Marsalis recalls a television interview program on which famed bandleader and drummer Art Blakey was asked to describe jazz in one word.  Blakey’s answer? “Intensity, intensity, intensity.” The Branford Marsalis Quartet has built their reputation by bringing intensity to each and every live and recorded performance, including the ballads.  Says Marsalis, “Even if people don’t know what we’re doing, they’ll feel what we’re doing.”

Hit up your local Independent Record Store around April 21 (Record Store Day) to grab a copy! 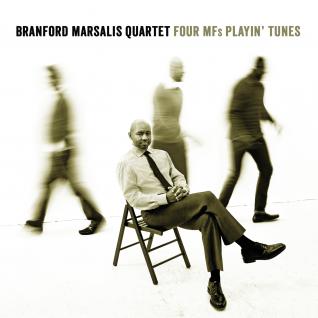