The Spanish Suite was written to magnify the contribution that Moorish Spain made on the European Rennaissance. The relationship of music to cosmic rhythms and harmony was altered from the original state of Spanish music, and eventually distorted down to the 12-tone equi-temperment system of tuning. The Artistic Heritage Ensemble was taught to play outside of the 12-tone system and to recognize natural tone relationships.  The musicians had to be dedicated to music for life in order to reach the level they obtained. The Spanish Suite was written in 1965 and first performed in December of that year at an AACM performance at the St. John Grand Lodge located at 7349 S. ingleside in Chicago.

This particular performance was at the Afro Arts Theatre at 3900 S. Drexel in February of 1968.  The album is available now from Tizona Records. 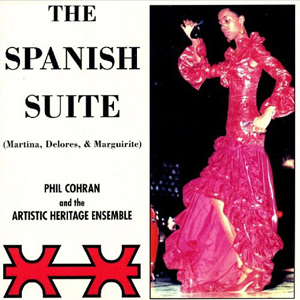