Caustic Casanova is a hard rock power trio operating out of America’s proud capital city (of rock!), Washington, DC. The CC, as they are affectionately known by their fans, has been tearing up stages and studios alike with their unique brand of diverse, heavy music since their inception on the campus of The College of William & Mary in Williamsburg, Virginia in 2005.

Caustic Casanova has gigged extensively in DC, Maryland, Virginia, Georgia, North Carolina, Delaware, New York, Pennsylvania and Massachusetts since returning to live performances in summer 2008. They have been described as “riff royalty” (Submission Magazine) who possess “…an air of optimism and freshness…that’s been lacking from the music scene for well over a decade now (Voltcase).” They recently finished second in The Deli Magazine Readers’ Poll for “Best Emerging Artist from DC/Baltimore 2010,” out of over 40 nominated artists. In summer 2011 they headlined on the big red stage at the legendary Fort Reno Summer Concert Series music festival in Washington, DC, bringing their “original brand of off-metal, slight psyche, quirky and powerful rock music” to their biggest live audience yet (DC Rock Live).  Their latest record, Someday You Will Be Proven Correct, recorded and produced by J. Robbins and mastered by Bob Weston, is now available for pre-order as a very limited 2-LP set with hand-engraved artwork etched into the 4th side of the record. 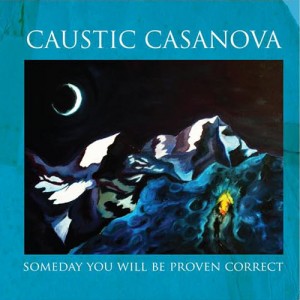