Austin psych-rock luminaries The Strange Attractors are back with their boldest release on Past/Futures Records to date.  Midnight at Xochil’s is the third full length for the Austin, Texas based quartet, which includes former and current members of the Riverboat Gamblers and the Ugly Beats, among others.

After 6 years of searing psych rock nihilism, band founder Jeremy Diaz’s vision to streamline the sound is realized with Xochil’s — a group of beautifully written songs, simplistic in their sophistication. From raging psych rock tension ala Spacemen 3 to soft Jesus and Mary Chain-inspired lullaby/dirges, the album is  delivered with a maturity and confidence not yet seen from the band, and in turn proves to be the most honest.

Producer Che Arthur was on hand in Austin with Engineer Michael Landon (Okkervil River, Neil Michael Hagerty) for the fiendishly paced 4 day recording session. Afterwards the record was taken to Chicago for mixing and mastering. Theres something for everyone here – the lineage of old Texas psych rock is still prevelant, and new fans are sure to enjoy the evolution of a group that is constantly breaking new ground. 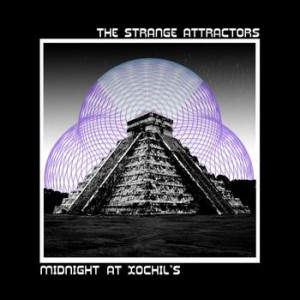