Thanks to Clifton Motel Records, Train’s Save Me San Francisco is now available on vinyl for the first time!

Over the course of 15 years, Train has made its mark on music history with their Grammy Award-winning song ‘Drops of Jupiter (Tell Me)’ and other chart-topping singles. Since forming in San Francisco in 1994, the multi-platinum selling band has traveled a long, successful and sometimes arduous journey. Now, with their fifth album, Save Me San Francisco, Train has channeled their early days, revisiting the Roots Rock sound that has made the band such a tour de force and, in turn, the band is united stronger than ever before.  This special 180 gram pressing is very limited, so be sure to pre-order your copy soon! 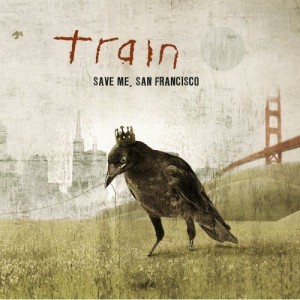