The Offset: Spectacles relocated to Beijing, China over two years ago, bringing their dusty Velvet Underground-influenced Cantonese noir garage sound into the city’s most obscure weird music scene. After jump-starting their homegrown imprint with releases from fellow outlying comrades Hot & Cold, Soviet Pop, and Canada’s Dirty Beaches, they traveled to Manchester, UK last November to record their debut album at Analogue Catalogue studio with Rob Ferrier (Clinic) behind the desk. The sonic critique of modern alienation is condensed into a 45-minutes-long meditation on wax, disregarding international rules of popular music to compose its very own hollow spectacle of information.

Compressed, self contained, and brazenly unique, each song by the Offset: Spectacles hits like a short, sharp shock. Percussive guitar and organ scrape at the surface of the left eardrum, and the bass hits like a combination of a synthesizer and a bongo. Get ready to be hectored by the ghosts of Cantonese poets and the Kowloon King. 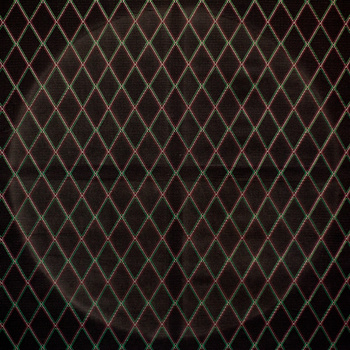