Comprised of Joseph Raglani (Kranky) and Mike Pollard (Arbor), Bryter Layter is a collaborative unit that focuses on the lyrical faculties of analog synthesis. For the most part, these recordings find the pair eschewing the at-times unfocused, long-form drone techniques that have become fixtures in the scene in favor of short, melodic compositions that are strikingly rich in detail. Listeners familiar with the oeuvres of Raglani and Pollard will find much to love here. As the pillow-soft, analog tone-clouds that characterize the latter’s work as Pale Blue Sky find themselves wed to the highly structured, dynamic arrangements that one associates with the former’s solo output.”Two Lenses” is rich and cinematic, rife with evocative motifs which ebb and flow from one piece to the next creating, over the course of the album, a masterfully composed, unified whole.

Recorded live and meticulously arranged by Raglani at his home studio, and mastered by Greg Davis to supreme effect, Two Lenses (released by Students of Decay) builds upon and extends the qualities established on the pair’s 2009 cassette release “Imprinted Season” in every way. Their work here runs the gamut from maudlin and picturesque to profoundly hopeful always with an eye towards the beautiful. 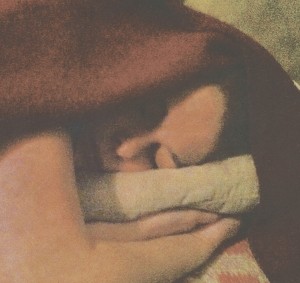