Hate is the new album from Hawthorne Heights, Part 1 in a series of 3 albums to be released.

The album, co-released on vinyl by American Dream Records and Cardboard Empire, includes an exclusive alternate version of “Wasted In NYC,” both on the record and with accompanied digital download. The American Dream versions include limited edition splatter, red, and white variants; and the band will be selling its own exclusive colors.

Included with each limited edition copy is a poster autographed by the band. In addition, each purchase of the limited edition variant will include a code to be used at a later date to gain access to an online acoustic performance and webchat with the band.

We were pumped when the band stopped in to pick up their color variants themselves….thanks guys! 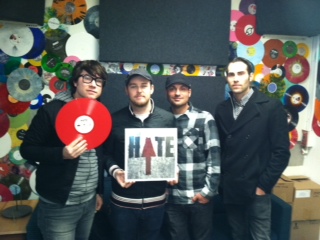 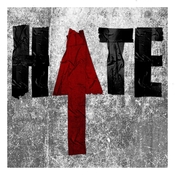 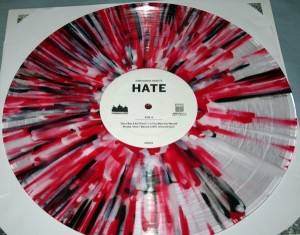 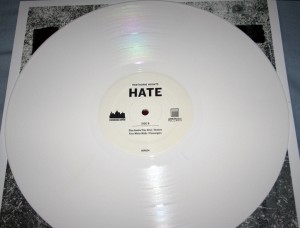