Customer Highlight — I Am The Avalanche

Courtesy of Clifton Motel Records, IATA‘s first new album since their 2005 self-titled effort, Avalanche United dropped on vinyl just about a week ago.  The first pressing flew out, so Clifton Motel hit us up for a rush re-pressing last week, which are now all out and available.  Hit up the label to grab a copy while this second pressing it still available!

Produced by the band, executive produced and engineered by their prolific drummer Brett “The Ratt” Romnes, and mixed by Machine (Fall Out Boy, Every Time I Die, Four Year Strong), Avalanche United is addictively melodic and blisteringly raw to its very core. Featuring 12 anthemic songs and absolutely zero filler, the album includes “Brooklyn Dodgers,” the defiant “Holy Fuck”, the epic and somber “Dead Friends” and “The Gravedigger’s Argument,” featuring Anthony Raneri from Bayside. Throughout, Caruana’s distinctive voice drips with defiance, humor and proud vulnerability as he sings about hope, heartbreak, death, defying adversity and the bonds between family, lovers and friends. 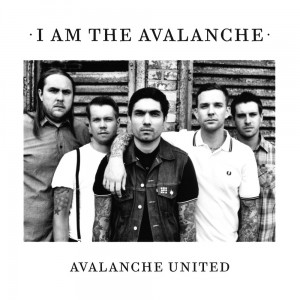