Coming soon from Limited Fanfare Records on 7″ vinyl — the crushing debut single ” Anchors Up!” from MonstrO‘s self-titled debut album (released by Vagrant Records).  The first pressing is limited to 75 copies on Black Vinyl, 250 copies on Blue Marble Vinyl, and 250 copies on Fuchsia Vinyl.

The single was produced by William DuVall (vocalist and guitarist of Alice in Chains), and will be available starting next week from Limited Fanfare, and on MonstrO’s U.S. dates with KYUSS LIVES! and The Sword.

MonstrO’s self-titled debut album for Vagrant Records twists and turns through a psychedelic hard rock haze that’s as hypnotic as it is heavy. That heady combination is embodied on “Stallone” which glides from a guttural stomp into a resounding refrain, while “Concertina” rises and falls with a dark elegance, and album closer “April” blasts off on the fumes of a final ethereal hum. Four individual sonic personalities converge to make this music. There’s bassist Kyle Sanders [ex-Bloodsimple], drummer Bevan Davies [ex-Bloodsimple, Danzig], guitarist Juan Montoya [ex-Torche], and vocalist and guitarist Charlie Suarez, and they’re ready to take flight. 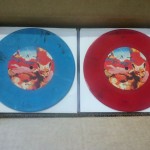 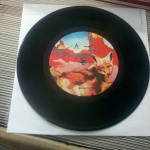 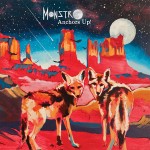