Mick Barr is a nomadic American musician, composer and performer currently based in the NYC/NJ area. Notable for his relentless speed and agility on guitar and avant-garde compositions. He has been an active musician for almost twenty years and has released over 40 recordings. He is most known for his work with the technical duos Orthrelm and Crom Tech, the progressive black metal band Krallice, as well as his 2 solo projects Octis and Ocrilim. He has released records with notable labels such as Tzadik, Ipecac, Profound Lore, Hydrahead and Kill Rock Stars. He has also been an active improviser, releasing records and playing alongside greats such as Zach Hill, Weasel Walter, John Zorn and Milford Graves among many others. He was named one of the 50 fastest guitarists of all time by Guitar World magazine in 2008. In 2009 he was awarded an unrestricted grant from the Foundation for Contemporary Arts.

In 2010 he debuted a new set comprised of a through-composed 40 minute piece for solo guitar. The recording of this work, which is the first proper release under his own name, is being released on LP by Safety Meeting Records based in Mick’s homeland of New Haven, CT. The LPs are now available for pre-order. 500 copies of the album were pressed, the first 150 coming with letterpress paste-on jackets, the other 350 come with reverseboard printed jackets. All records include a letterpress poster insert illustrated by Mick and printed here in the Elm City by Jeff Mueller at Dexterity Press. 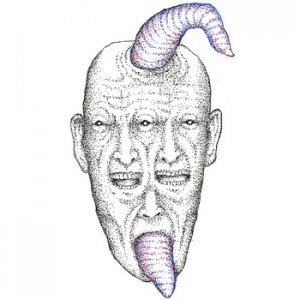