The Sunshine Factory exists on a foundation of juxtapositions. Here is a band from the Gulf Coast of the U.S. channeling the spirits of late ’80s/early’90s U.K. Thames Valley subversion – two seemingly disparate environments. Band founder Ian Taylor, worked solo until 2010 then added vocalist/bassist Sally Robertson. Ian sought inspiration from a variety of sources – including the engrossing and mystical Byzantine chant music he enjoyed with his Eastern Orthodox upbringing. Ian was first drawn to the energy of punk and metal as a young teen. As he grew into his late teens, Ian began looking for something more. He discovered that same intensity and more in shoegaze and psychedelic music and as they say, the rest is history!

While true to the cannon of shoegaze and psychedelia, The Sunshine Factory infuses the foundational aspects of these genres with diffuse elements from the mellotron-laden paisley underground to ancient chants. The Sunshine Factory weaves these mosaic tapestries as they continue their serendipitous journey of juxtaposition. The music is resplendent with whammified sonic assaults, electronic flourishes, and classic psychedelic instrumentation. The Sunshine Factory is at the same time fulfilling the dreams of shoegazers past and blazing new trails into the future. They are playing their part in a wonderful and ever expanding movement of sight and sound.

Available now on vinyl directly from the band is the latest Sunshine Factory album — Sugar. 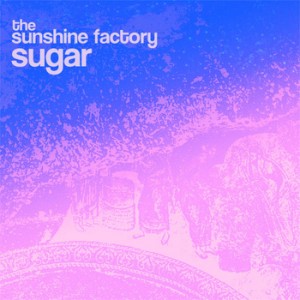