The album will be available as a limited Record Store Day edition on blue wax on April 16, 2011, and also coming out 4/12 on black vinyl — you can pre-order the black vinyl  now.

After releasing an especially lauded EP and touring much of 2009, The Menzingers were dubbed a “Band You Need To Know” in 2010 by Alternative Press and subsequently released their debut full length, proving why.  On this record, The Menzingers combine everything from punk and hardcore to folk, creating an undeniably infectious hybrid of hits. And finally, this instant classic is available on vinyl! 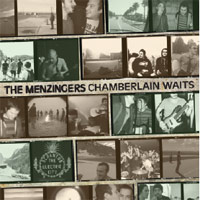