Brandon Seabrook writes all the music for Seabrook Powerplant. His brother, Jared Seabrook is on drums and Tom Blancarte plays bass.
The influence of fleet-fingered Guitar Gods was part of Seabrook’s make-up from the beginning. He first picked up the instrument, as did so many other 8-year-olds, due to the inspiration of Eddie Van Halen. And also like so many before him, he soon found that his own hands couldn’t manage those same gymnastics, and he began casting around for other idols. The path led through Jimmy Page, to Jim Hall, to D. Boon of punk pioneers The Minutemen and finally around to Van Halen again.
It was a love of this sort of percussive sound that led Seabrook to the banjo in the first place, when he borrowed one from the Conservatory’s instrument library. I’m really into drums,” he explains, “and the banjo was the closest thing I could get to a drum with strings. I was into it as a dead instrument, with not much sustain, which was kind of attractive to me since it was the opposite of the guitar.”

Hot off the GGR presses, Seabrook Power Plant II will be available to the public in March (can you believe it’s already almost March?).  Stay tuned to Loyal Label and Brandon Seabrook for updates! 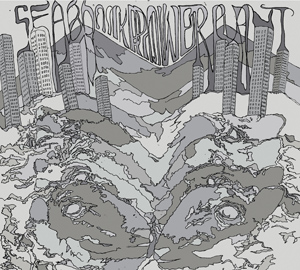