Take Offense, formed in 2005, is a band that hails from the Southwestern most region of the United States; Chula Vista, CA — a 5 minute travel from the Tijuana, Mexico border.  After a self-released cassette tape and EP entitled Peace In Death, as well as the Happiness Under Chains EP released on Double Or Nothing Records, Take Offense are soon to be releasing a full length album entitled Tables Will Turn on Reaper Records. The record will feature a total of 10 songs — 7 of which brand new while 3 previously written songs will round out the release. With a full touring schedule planned in support of Tables Will Turn, be sure to keep attune for much more from Take Offense.

You can pre-order a copy here! 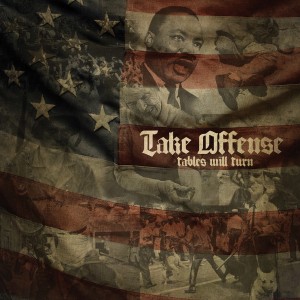