It has been said before that Stanley Kubrick seemed like a classical composer who created films instead — that the images played out more like arias and overtures than a matinee movie. The inverse of that is probably the only way to approach Selenelion, the debut LP from Vaura. Less a collection of songs and more like an expedition into an elegantly foreboding universe, the eleven tracks that comprise the latest release from Wierd Records sound as if they were each crafted to evoke unearthly scenery and monolithic events.

From harsh distortion and aggressive screams to cold and shimmering clean guitars and vocals, the spectrum of sound on Selenelion is both varied and atmospherically cohesive.

The album title refers to a horizontal lunar eclipse: the moment at which the sun and the eclipsed moon can be seen at the same time. With song titles referencing everything from an Etruscan demoness to a Luciferian take on the conversion of St. Paul, and with artwork by the German photographer Alexander Binder, the unifying thread is an unmistakable sense of shadow-drenched enigma. “Drachma” refers to the coins that bought passage for the dead into the underworld, suggesting that everything following that track is part of an Orpheus-like journey. But repeated nods to the occult literature of Jorge Luis Borges, in particular to “The Aleph” and “The Zahir,” two stories that deal with infinity and vision, suggest that beyond the the dark hallucinations there is also a serious meditation taking place on the limits and paradoxes of seeing. Approaching such subject matter by way of something as invisible and intangible as music, Vaura invites the listener to share in a visceral, yet intimate ceremony of sensuality and destruction. 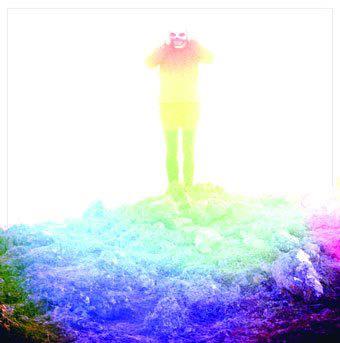 Covered in Dust the debut LP from Louisiana’s Kindest Lines, opens suitably with a beat that sounds a lot like like an industrial rendition of The Ronettes’ ‘Be My Baby’. Brian Wilson cited that song by the legendary New York girl group as the greatest pop recording ever, and many refer to it as the perfect example of Phil Spector’s “wall of sound” production. Those artists established many of the templates for how modern music is made, but what still stands out is the sense of that music having been simply dreamed-up. With organic washes of layered melodic guitars and lush songcraft, this New Orleans-based trio is definitely doing some dreaming of their own. Kindest Lines are blazing a unique path into an enchanting realm of darkened electronic indie pop that is at once welcoming and foreboding.

Produced by cerebral electro-experimentalists Alfredo Nogueira and Josh Eustis of Telefon Tel Aviv, yet brimming with spacey guitar work and hooks aplenty, Covered in Dust is a record that thrives on harmonious disparities while maintaining all of its thematic and sonic cohesion.

You can purchase a copy for yourself from Wierd Records on June 15, 2011. 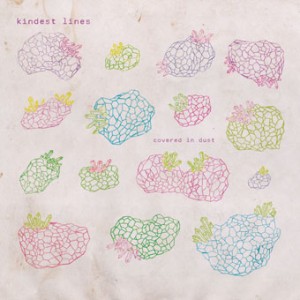 The lead single from Kindest Lines‘ forthcoming debut LP, ‘Destructive Paths to Live Happily’, is nothing short of a small Southern miracle. This New Orleans trio knows exactly how to craft a dance-floor anthem, and this track announces their darkly elegant arrival into the Wierd Records family with thumping rhythms, seductive vocals and chiming dream pop guitars. The b-side, ‘Colors Treasured,’ adopts a slightly more abstract and apocalyptic industrial approach before opening up into a lilting, almost hopeful refrain. 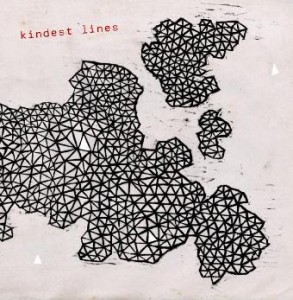