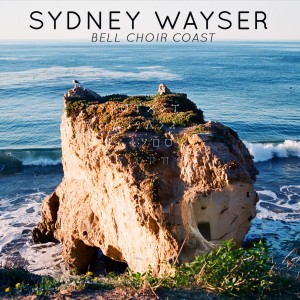 Sydney Wayser is a French-American, New York-based singer-songwriter who plays guitar, piano and children’s toys. Growing up in Los Angeles with summers spent in Paris, she draws on a wide range of influences and inspirations, from Edith Piaf, Charlotte Gainsbourg, and Jacques Brel, to John Lennon, Jeff Buckley, and Sigur Ros

Her third album, Bell Choir Coast, has been two years in the making; struggling to express herself creatively in the midst of a miserable New York winter, Wayser decided that if she couldn’t go elsewhere, she’d bring other lands to her. “Bell Choir Coast is about a fictional land that I made up, because I couldn’t leave New York and I had to make my record. So I made up a new world in my head that was everything I wanted.”  More than an record, it is an atlas, a map past difficult years and emotional terrain, to a place of self-understanding and agency. Sydney Wayser set about to make an album, and in the end she cleared a path to a world, and in the process she found her tribe and her sound.