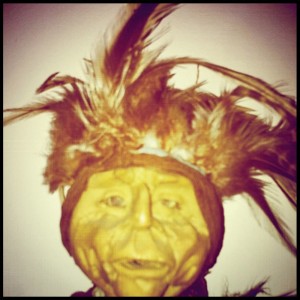 Thanks to Rob Warmowski for enlisting GGR to press this 4-Song EP by Sirs — Boo Hoo. A disturbed crooner and a loud electric band pile-drive tales of the late capital era into every available earhole. Escape the post-modern refuse pile by burrowing straight down. Don’t dig with your hands; use this slab of 12″ plastic as a tool.

Chris Kreb and I started a weird rock band called Sirs in 2008. Back then it was just the two of us, he on microphone and bullwhip, myself on guitar, bass and computer.  We put out a 7″ called Billy The Kidney, then Chris moved to Germany.  Around that time I started working with Tony Jones and Mike Greenlees, bringing some of the early material over.  Sirs Mk II lasted until Mike was gently reminded of the existence of his three children. During the Mk II phase, we recorded an album’s worth of songs, then threw away half to leave an EP named Boo Hoo.