Posts Tagged ‘only every time’

It was an extreme honor to have been chosen by American Dream Records to pressed their inaugural vinyl release – The Graduate‘s Only Every Time LP.

Formed in 2005, The Graduate quickly amassed a dedicated fanbase with their atmospheric, emotional brand of rock. Their self-released EP was the #1 most added album at CMJ (also landing the band in the magazine). After hitting  the Midwest tour circuit, the Graduate released their debut album, Anhedonia. The band lived on the road for the next two years, touring with Jack’s Mannequin, Secondhand Serenade,  Mayday Parade, Simple Plan, plus stints on Warped and Lollapalooza. After their label imploded, the Graduate soldiered on and caught the ear of Razor & Tie. The Graduate signed with the label in 2010 and hit the studio with Brian McTernan (Thrice, Circa Survive, Senses Fail) to record this gem — one of 2010’s essentials.  Originally only released on CD (and digitally), American Dream Records has put together several limited-run vinyl colors — available now.  Hit them up to order yours before they are gone! 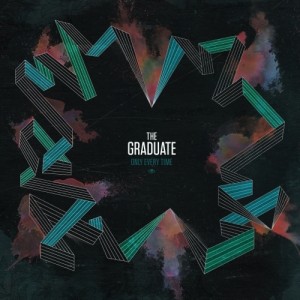