Praised by Rolling Stone, The New York Times, Stereogum, Filter and Entertainment Weekly among others for his experimentation with contrasting musical sounds, Sondre Lerche‘s self-titled album is the artist’s sixth full-length and his first on his own label, Mona Records. An artistic statement of purpose, this fittingly self-titled album contains not only Sondre’s most interesting arrangements and catchy songwriting to date, but also some of his most somber and introspective.

You can buy this record at indie stores across the country now! 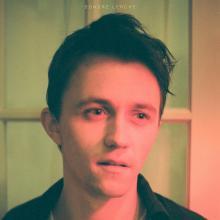