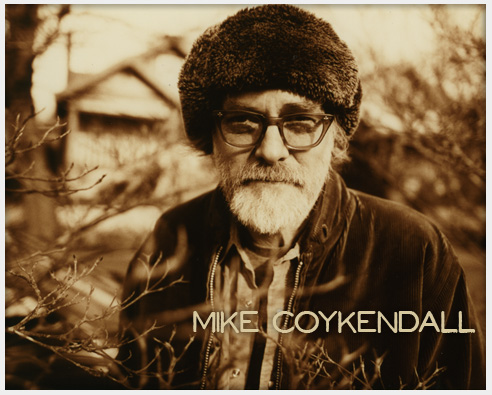 Portland, Oregon-based songwriter, performer and producer Mike Coykendall‘s new record, Chasing Away The Dots, is the latest in a long and winding musical journey that has taken him from the rural farmlands of Kansas to television and concert stages around the world. If integrity, experience and artistry still count for anything, this record will be his most well-received to date. Over the years, Coykendall has been critically acclaimed as a musician, engineer and producer for his work with well-known artists such as M. Ward, She & Him, Blitzen Trapper, Bright Eyes, the Old Joe Clarks, Tin Hat, Sallie Ford, Richmond Fontaine and Jolie Holland, to name but a few.

The sounds contained within the grooves of Chasing Away The Dots range from earnest to irreverent, wistful to scorching, direct to oblique, always with an underpinning of subtle psychedelia. The mood lifts and falls while Coykendall’s distinctly American voice casually narrates the whole affair. Lyrically, the album takes on such universal subjects as loss, love, alienation, separation, longing, aging, infatuation, kindness, and other human conditions. These themes emerge, filtered through the eyes and ears of someone who has bee around long enough to live through it, and return, several times over–a man who knows that the sun will rise, and so will the moon.