The story of Magic Box:

Ed Anderson and Scott Tipping have been making music and mayhem together since the late ’90s, when they hosted an open mic featuring drunken jazz artists, angry poets and puppeteers.

Ed moved on to found roots rock trio Backyard Tire Fire in 2001. Through the 2000s, the band toured relentlessly, recording 5 albums and 2 EPs.

Scott went on to become a mainstay of the Chicago music scene, playing and touring with bands like Mighty Blue Kings, Peter Himmelman, The Steak House Mints and Dayna Malow.

Their paths crossed again in 2008 when Ed asked Scott to join Backyard Tire Fire on tour to round out the band’s sound. BTF’s album Good To Be, produced by Steve Berlin, saw them touring the country, headlining shows and opening for the likes of Los Lobos, Buddy Guy, ZZ Top and Cracker.

In back alleys, dank hotel rooms and a van that at least once tried to kill its masters, a new music partnership was formed, and when Backyard Tire Fire decided to take a break from touring, Scott and Ed chose to bring together some of their favorite Chicago musicians to work on new songs: Steve Gillis (drums), Scott Stevenson (keys and vocals) and Matt Thompson (bass).

The new project features songs by both Ed and Scott, staying true to the rock-and-roll tradition of BTF while transitioning into a more dynamic, harmony-oriented sound. 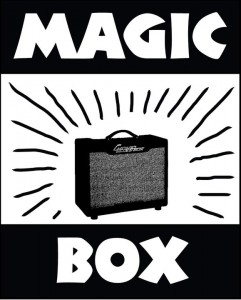