For the next week, we will be highlighting several RSD vinyl releases that were pressed here at GGR.  While we don’t have enough days to highlight every release; for the next seven days, we will highlight one each day that was particularly favored by of one of the GGR staffers.

You can grab any one of these releases (each in very limited quantities) at a variety of indie record stores around the country on next Saturday, April 16 (Record Store Day).  Of course, don’t let that stop you from coming in to any of these fine establishments any other day of the year – as far as we are concerned, it’s record store everyday!

Reissued by Luaka Bop for RSD2011 (on 180 gram wax) for the first time in ten years!  This compilation contains some of the best, and often forgotten, work of the 60’s psych group’s career. 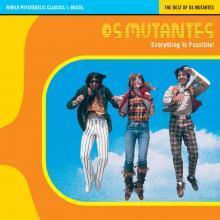 We are pumped to announce our very first pressing for the Luaka Bop label – Delicate Steve‘s Wondervisions LP.

Northern New Jersey’s Delicate Steve is the project of (Delicate) Steve Marion, guitarist, composer, and producer.  Without words, Delicate Steve’s songs are incredibly lyrical- each song a concise rock explosion driven by melody.  Steve’s guitar playing and tones have made a quiet revolution within New York’s independent scene with members of Yeasayer, Dirty Projectors, TV on the Radio, Javelin, frequently in the audience.

You can pre-order your vinyl copy now (and get a free 7″ while supplies last), or grab one at independent record stores across the country on 01.25.10! 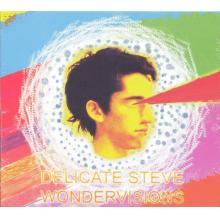