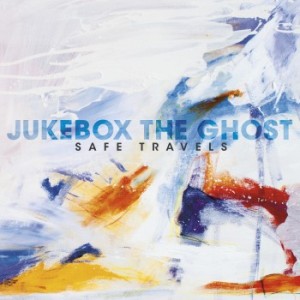 Jukebox the Ghost is back with Safe Travels, the follow-up album to their 2010 breakout Everything Under the Sun. After two solid years of touring including shows at Lollapalooza and a stop at Late Night with David Letterman, Ben, Tommy and Jesse are back with 13 new, original tracks that the Washington Post describe as “rambunctious pop music with the compact melodicism of the Beatles, the ambitious prog sprawl of Yes, and the persistent dance motion of New Order.” Safe Travels will be available in stores starting June 12th, and is available for pre-order now!

Jukebox the Ghost have passionate fans. Fans who’ve gone so far as to tattoo the band’s name on their body or drive for days to see their shows, or post lovesick monologues dedicated to their glory on YouTube. Through a dogged work ethic and near-obsessive touring — headlining and alongside heavyweights like Ben Folds and Adam Green (The Moldy Peaches) — the band managed to sell over 10,000 copies of their debut album and cultivated the aforementioned rabid fan base. Now, with a fully developed sound and a songwriting and live performance approach seasoned by hundreds upon hundreds of gigs, the band are set to turn heads with sophomore effort Everything Under the Sun, produced by Peter Katis (Interpol, The National).

Proudly pressed here at GGR on 180 gram wax…..will be available nationally at independent record stores on 09/21/2010! 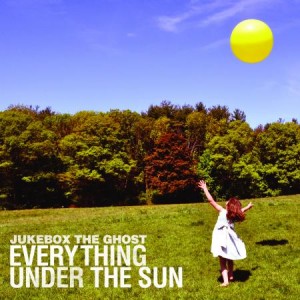