It’s hard to think of a bigger musical swap than relocating your band from Chattanooga, Tennessee to Baltimore, Maryland. But in 2004, that’s exactly what J-Roddy Walston and the Business did. For the group–known for their infectious brand of no-frills Americana rock–it was quite the change. But since then, they’ve adjusted to their new locale and have garnered a reputation for their live shows, where they’ve been known to spontaneously break out into rowdy covers of Queen’s “Fat Bottomed Girls” [audience interaction required.] A few weeks before their SXSW 2010 performance, Spinner asked the band whether the nightly Southern-style goal of their live shows was to get crowds singing, dancing, and drinking. To which they answered: “Yes. Preferably all at the same time.”

Long in the making, we shipped a very limited run of vinyl of the band’s latest self-titled album.  We’re not really sure how you can pick one up, but if you can make it to one of their live shows, even if you can’t grab a copy of the album, we’re sure you will have a good time. 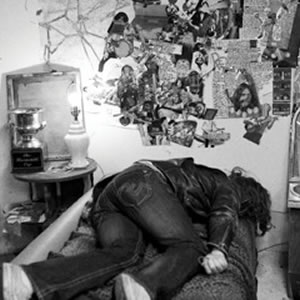