Posts Tagged ‘from the mouth of the sun’

Record Highlight — From The Mouth of The Sun

Woven Tide is the debut album by From The Mouth of The Sun, the new collaboration between Dag Rosenqvist, aka Jasper TX, and Aaron Martin.

Pieces from Woven Tide as well as solo work by Aaron Martin accompanies the new documentary film by Lost Hill Picture’s Ross McDonnell and Carter Gunn for Fastnet Films, Remember Me, My Ghost, which is currently touring the film festival circuit.?McDonnell and Carter are most recently known for their award winning documentary film Colony which documents the unexplainable phenomenon known as Colony Collapse Disorder that has left landscapes of empty beehives all across America, and also features music by Aaron Martin.? An upcoming short film by McDonnell and Carter featuring Color Loss from Woven Tide will be included on an upcoming Wholpin DVD magazine published by McSweeney’s.

Since 2006 Topeka, Kansas based composer Aaron Martin’s work has found its rightful home on labels such as Preservation, Mobeer, Experimedia, Type, Under The Spire, and Sonic Meditations. Aaron’s most recent solo album, Worried About The Fire, is also available from Experimedia. 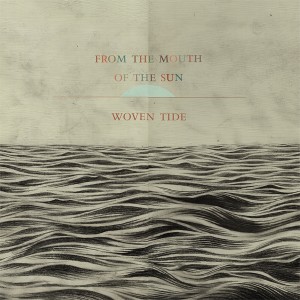