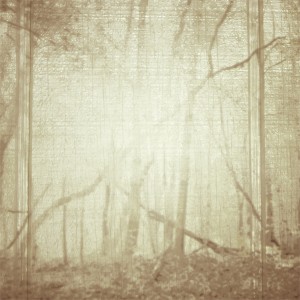 Already Gone is the second full length album from West Coast dream-drone unit En, the duo of Maxwell August Croy and James Devane, following their well-received debut album The Absent Coast (released in 2010 on Root Strata, which Croy runs alongside Jefre Cantu-Ledesma). For their sophomore release, the pair have opened up their tonal palette considerably. While the comparisons that critics made of their first album to the work of Tim Hecker and Stars of the Lid still hold true, Already Gone finds Croy and Devane mining even richer sonic climes. Here, the duo pull back the curtain on some of their source material, a move that allows the diversity of their instrumentation to resonate. On The Sea Saw Swell, Croy’s acoustic koto pings across the stereo spectrum as a looping guitar figure from Devane apparates from the haze of a beautiful, slowly shifting drone. The side-long closer Elysia is likely the duo’s defining recording to date, an epic slow-burner that reaches heights both angelic and cacophonous. Ultimately, it is the harmonious marriage of the organic and the obscured that recurs throughout the album that proves its defining trait, and it is precisely what makes En stand out in the ever-growing field of contemporary drone/ambient musics.

Record Highlight — From The Mouth of The Sun

Woven Tide is the debut album by From The Mouth of The Sun, the new collaboration between Dag Rosenqvist, aka Jasper TX, and Aaron Martin.

Pieces from Woven Tide as well as solo work by Aaron Martin accompanies the new documentary film by Lost Hill Picture’s Ross McDonnell and Carter Gunn for Fastnet Films, Remember Me, My Ghost, which is currently touring the film festival circuit.?McDonnell and Carter are most recently known for their award winning documentary film Colony which documents the unexplainable phenomenon known as Colony Collapse Disorder that has left landscapes of empty beehives all across America, and also features music by Aaron Martin.? An upcoming short film by McDonnell and Carter featuring Color Loss from Woven Tide will be included on an upcoming Wholpin DVD magazine published by McSweeney’s.

Since 2006 Topeka, Kansas based composer Aaron Martin’s work has found its rightful home on labels such as Preservation, Mobeer, Experimedia, Type, Under The Spire, and Sonic Meditations. Aaron’s most recent solo album, Worried About The Fire, is also available from Experimedia.

The Act of Shimmering encompasses the act of leaving conscious thought behind. It’s accepting what lies beyond the corporeal, transcending the physical; the soul is aware and the body, eyes, skin are distant empty casings. A clamorous, chaotic cacophony surrounds a beatific center. An endless assault of guitar, of noise that glistens, a poignant rigor. Jannick Schou, proprietor of tape loop drone, places himself within the tunnel of din to produce this profound work: an ethereal dream using nightmarish parts and images. Black and grays generate vibrant innards. Brightness is unearthed within the fetid mass and these six tracks immerse the listener into a raging sea to find a gentle undertow. Furious outbursts emerge from simple, slow shivers. Tremors of noise gather, reaching an elongated crescendo, becoming transformative, and shattering what form or structure was designed to contain such an outpouring of sound.

This pressing is limited to 300 copies, and the first 100 copies are available on transparent blue vinyl — exclusive to orders made direct from Experimedia.net. 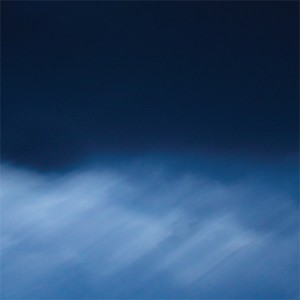 Foregoing traditional genre boundaries, defying categorization, and embracing the distinct talents of its 19 participants, Luup involves a reexamination of convention by a thorough exploration of the instrument. Led by flautist Stelios Romaliadis, whose direction of the musicians allows for shimmering folk tendencies to mingle with fragile string arrangements and uplifting voice, Luup combines disparate elements of modern musical tendencies to examine man’s primitive nature. Meadow Rituals presents 8 paeans to unite man’s overwhelming distance from nature and self and a celebration of the reunion. Lilting melodies mix with ambient and new age directions; propulsive swells of strings and effervescent electronics make way for profound vocal harmonies to create a universal and timeless experience. 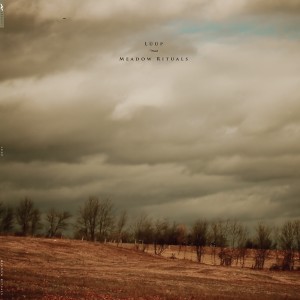 The enigma that is Black Swan has emerged from the shadows to deliver it’s second work. Awash with chilling ambience, found sounds and haunting samples, The Quiet Divide reins in the phantasmagoria, examining the blurred in-between, the darkness that lies at the divide. Creeping ever so slowly out of the confined spaces of it’s previous work, In 8 Movements, Black Swan moves further into the crevice, mining territory unbefitting to most composers. Upon surfacing from the muck and grime, the resulting work is disquieting and poignant, exposing the listener to the inner workings of the desolate in hope that they will never have to plunge themselves into it.

Marking a clandestine arrival out of, seemingly, nowhere, Black Swan emerges from the shadowy billows of smoke to immerse listeners in a lucid, cavernous dream, tracing silhouettes in the darkness with drowning ambience and orchestrated drones that screech and howl intermittently amongst the disorienting magnetic tape disturbances. Black Swan operates under a guise of far-away sounds traveling through murky waters, drowning the listener in its heavy-handed layers of ghostly resonance.

You can purchase a copy of In 8 Movements on vinyl+download from our good friends at Experimedia. 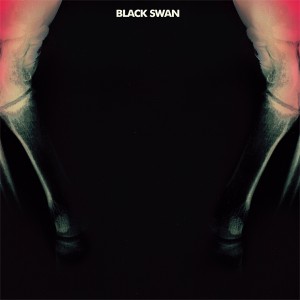 Local Northeast-Ohio (Akron) based Experimedia‘s first GGR pressing is Kansas-based Aaron Martin‘s Worried About The Fire. Former collaborator of artists as diverse as Machinefabriek and Dawn Smithson (Sunn O))), Martin originally devised ‘Worried about the Fire’ as the soundtrack to a short film and the record sees him deconstructing preexisting snippets, sketches and samples from various collaborations and solo performances. All prior restrictions were set aside as Martin forwent his regular live-approach, untypically using electronic processing and effects and editing the parts without limiting himself in any way. Still built around his set-up of cello, banjo, harmonica and organ, there is an unsettling installation-character to the work, with distant echoes of acoustic instruments shining through the ghostly fabric of these twelve short pieces. Mastered by 12k label-head Taylor Deupree, ‘Worried about the Fire’ has however not only turned out a dark and demure work, but also one of brittle beauty – ranging from the meditative cymbal-space of ‘Ice melts’ and the broken-Piano semblance of ‘Blue Light’ to the consoling Ambient-Folk of ‘Making Rope’.
The record was pressed on random color vinyl, so each LP is completely unique.  You can grab a copy here. 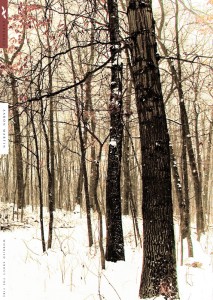