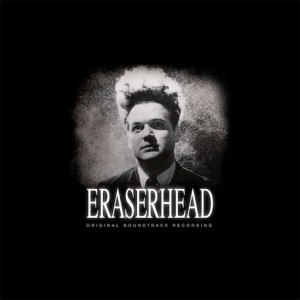 David Lynch’ Eraserhead rests firmly at the top of that canon of American underground culture for which there is no genre. A staple of the dark underbelly of popular cinema that was originally only viewable at arthouse screenings or on the Midnight Movie circuit, Eraserhead is a truly unadulterated offering; and much of its sensation lies beyond the purely visual realm. The stark, dusty black and white images put forth are caked with and submerged in a dense jungle of industrial hums, buzzes, screeches and screams. Eraserhead is a narrative made up of two intertwined veins: one of bleak and beautiful pictures elegantly painted in gray and black; and one of blankets of sublime, enveloping noise and static, the tinkering of Fats Waller organ rolls echoing in the background.

Thanks to Sacred Bones Records, the Eraserhead original soundtrack will receive the vinyl treatment on August 7.  Pre-order it now!

Update:  Gotta Groove Records only manufactured the first pressing of this release.  The subsequent re-pressing was handled by a different pressing plant.