Drab Majesty began as a warbled transmission received via 4-track cassette in a dim, Los Angeles bedroom in 2012. The entity known as Deb Demure, an interdimensional muse of sorts, lent an otherworldly vision to a human contact; one to be realized through meticulously composed lo-fi recordings. Focusing on the aesthetics of cult ritual and the devastating power of music, Deb sought an alternative way to share the cosmic agenda. Culminating in a cassette titled Unarian Dances, Drab Majesty’s manifesto to humanity was revealed: revel in the power of artistic influences that reside beyond the self.

The tape circulated through Los Angeles, catching the attention of local tastemakers like the heads at Lollipop Records in Echo Park. It quickly found a place on the shelves of LA’s underground musical seekers. After a gauntlet of performances and late night manifestations, Drab Majesty came on the radar of DAIS Records.

In 2015, Drab Majesty released Careless, the first LP which was received and recorded solely by Demure on living room floors and in cluttered spaces across the city. After three pressings and an imminent fourth, Careless remains a fixture in LA’s somber yet sublime nightlife and a noted contribution to the murkier subcultures abroad.

Wielding a left-handed guitar, Deb employs a unique style of
arpeggiated finger picking, producing vast and organic musical textures reminiscent of Vinny Reilly (Durutti Column) with the anthemic power of Sisters of Mercy and Cocteau Twins. In the past two years Deb has been invited to support bands such as Cold Cave, Psychic TV, Clan of Xymox, The Frozen Autumn, Prayers, and label mates Youth Code and King Dude.

From its incarnation, Drab Majesty was a solo act; an interplay between guitar and triggered machines. In 2016, with growing audiences and heightened interest, Drab expanded into a duo, employing the keyboard accompaniment of far-out twin, Mona D – filling out frequencies and upping the spectacle of the live performance.

Vinyl edition will include a MP3 download card with the full album and also includes two additional bonus tracks as well as four exclusive remixes by Cold Cave, Drew McDowall, Silent Servant and Martial Canterel that are featured on the CD/digital versions.

The noise rock parade that defies definition, set out on a mission of pure volume worship that is the post-decade pilgrimage of NY-based Sightings  After eight instinctive albums, the Sightings guys show no mercy with endless annihilation of their newest material on Terribly Well. All parts destruction measured against their abrasive songwriting. Jagged, collapsing rhythm based mayhem, guitars that can be mistaken as a freight train being ripped for scrap metal, only to be held together with panic stricken bass patterns that keep their voice from the edge of insanity. An accessible album for the unacceptable make this their finest to date.  Each song saws through the humanity, taking no hostages with this hectic industrial rock masterpiece. Edition of 500 (Dais Records). 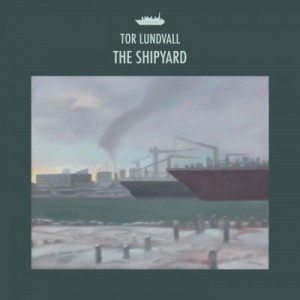 Some words from Tor Lundvall about the creation of The Shipyard:

In the Autumn of 1990, I documented a handful of spontaneous audio experiments on a portable tape recorder.  One of these pieces was a quiet instrumental entitled ‘In a Shipyard’.  I worked on a few variations over the following months and then I put the track to rest, hoping to expand on the idea at some point in the future.  Almost 20 years later, I finally started recording an album based on the themes and images this old track evoked.

The nautical and industrial sounds on the album were created from scratch and come from some surprising sources.  The distant, sluggish melody on ‘Under Snow Conditions’ is actually a slowed down fragment of distorted piano from ‘Blankets of Snow’ (an out-take from the “Ice” sessions).  The two final tracks, ‘Blue Rain Ships’ and ‘Grey Rain Ships’, were constructed by running randomly overlapping tape loops from my archives, so there is an element of chance in these pieces.

This instrumental collection of songs is limited to 500 hand numbered vinyl copies (comes with a free MP3 download coupon and artwork by Tor Lundvall), and is available for pre-order now from Dais Records. 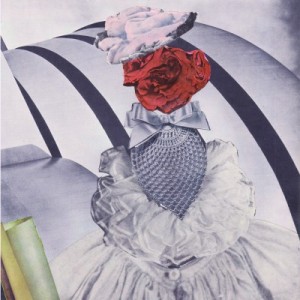