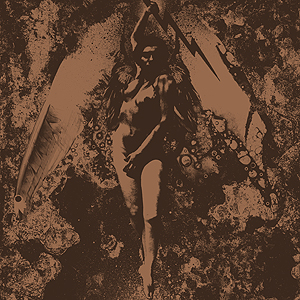 Legendary bands Converge and Napalm Death have come together for a split release, bridging the worlds of personal and politically driven extreme music.

Recorded as part of their new album sessions, Converge offer up the blazing new song “No Light Escapes”. Already a staple of their live set, this whirlwind of an emotional charged song is a soon to be a discordant hardcore/metal anthem for the band. Also on the release, Converge offer a “We Are The World” styled rendition of the influential Entombed classic “Wolverine Blues”. Joining them in tribute is a number of friends including Tomas Lindberg (Disfear, At The Gates, Lock Up), Aaron Turner (Isis, Old Man Gloom, Split Cranium), Kevin Baker (APMD, The Hope Conspiracy), Brian Izzi (Trap Them), and more. A new Converge album will surface later in 2012 on Epitaph/Deathwish.

On the flip side, metal pioneers Napalm Death offer up two new aural monsters. First, “Will By Mouth” erupts in classic grind fashion. A buzz of brutal guitars and a crushing blast beat lay a foundation for Barney Greenway’s vicious vocal attack. All of it uniquely bleeding together to paint a vivid picture of social unrest. Also on the release, Napalm Death offer the slower and textural new song “No Impediment To Triumph (Bhopal)”. A deeply resonant number that lyrically sheds light on the horrific Bhopal Gas Tragedy of 1984. Without question, “No Impediment…” is truly a powerful and poignant moment for this legendary band.

You can pre-order several different color variants (including GGR’s exclusive “Vinyl Bong” pressings) from Deathwish as well as from Converge direct.

A pairing of two legendary bands celebrating their joint twenty year history within the Punk/Hardcore genre.

Both songs were recorded at Kurt Ballou’s God City Studios in early 2011, and mastered by John Golden (Neurosis, Melvins, etc). “Runaway” from Converge is an instant classic for the band, unrelenting in its speed and emotional ferocity from beginning to end. While Dropdead’s “Paths of Glory” is an unforgettable political punk/hardcore anthem, that proves that the years behind the band have only strengthened their hold on the battlefront of the true underground.

We used our “vinyl bong” technique to press literally thousands of color variants of this release.  Hit up Deathwish to grab a copy before they are all gone!

Here comes another amazing release from Deathwish Inc. (cd is available through Epitaph) —  Converge‘s 2006 album entitled No Heroes came hot off the presses here at GGR a few weeks ago.  The LP (available in three different vinyl colors) is available for purchase from Deathwish, and select retailers around the country.

No Heroes, is known for how the band brilliantly combines the textural sonics of 2004’s You Fail Me with the brutal assault of 2001’s Jane Doe. 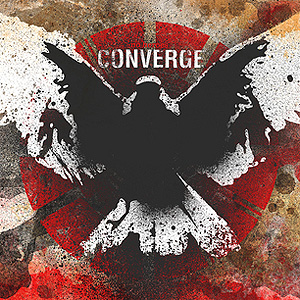