Thank you to Fast Weapons for enlisting GGR for the first time on the brand new album by Soft Kill – An Open Door.

Soft Kill’s earliest experiments took place in September of 2010 and the name was decided upon the following month.  With no set agenda in mind, the pair –Tobias and Shiloe– crafted emotionally uplifting and hopeful songs influenced by their shared love for Howard Devoto, The Cure, Wire/Colin Newman and Killing Joke.  They are joined live by Nathan Howdeshell, Matthew Hunter and Maxamillion Avalon.

An Open Door consists of nine songs created between August and November of 2010, bouncing between The Mime in Los Angeles and the House of Ohms in San Luis Obispo.  The album was recorded at Jackpot Studios in Portland, Oregon with some overdubs at Klickitat (also in Portland) a couple days after those sessions.  Justin Gradin played drums and Mattey Hunter handled most of the bass parts.

The record will be available nationally through indie record stores on March 15, and you can also grab a copy from Fast Weapons direct. 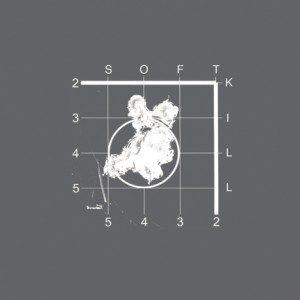